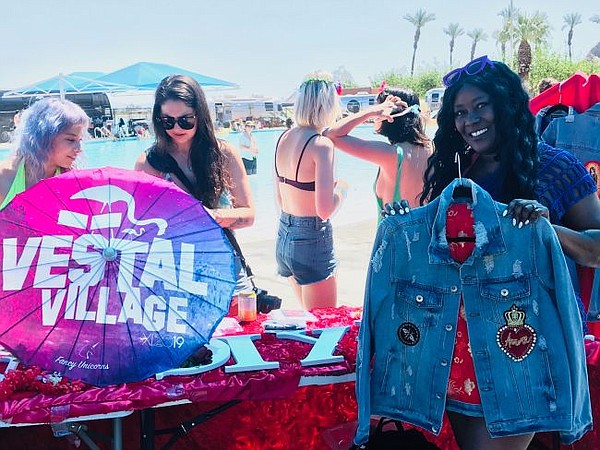 The first weekend of the 2019 Coachella Valley Music and Arts Festival made headlines with much ballyhooed performances from musicians Childish Gambino and Billie Eilish.

The festival’s satellite parties made their own waves. The Vestal Village party, presented by the Vestal watch-and-eyewear brand, gave a platform for indie bands and indie fashion brands. One such brand was Los Angeles’ Blaxicana Couture. Alece Plasencia of Blaxicana Couture makes vintage-style denim jackets with special appliqués that take inspiration from Los Angeles and its many diverse tribes of people.

Other off-Coachella fashion parties that made headlines included Revolve Festival, which was produced by digital-commerce emporium Revolve. The Revolve fest featured a performance from hip hop star Cardi B, who also did a set at the music festival. Of course, new products were showcased at Revolve Festival. Fest guests drank Pathwater, the festival’s official water provider. The label says it is one of the most sustainable bottled water companies on the market. 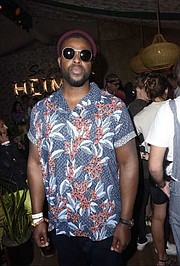